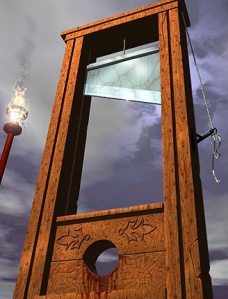 So the Schools of the Future building programme has its head on the block. Good. It was a total misallocation of educational funds, that actually aimed to build 19th Century schools dressed up to look vaguely modern. Like a horse and cart with go-faster stripes. The really frustrating thing is that the real educational needs of the 21st Century could have been addressed for a small proportion of what has already been spent. For reference, the total cost of building Yacapaca has been of the order of 70p per registered member.

I have been kicking this idiotic programme since 2004. If you are interested in my view of why it would have been actively bad for the nation’s children, you could read:

Update: the axe has fallen. Here’s the list, from the Grauniad.

4 thoughts on “Good riddance to “Building Schools of the Future””