It all started one warm Friday afternoon about 12 years ago. I was observing a Y10 class in a fairly typical mainstream secondary school. They were taking a test using Paperless School, a now-defunct system that I had designed.

One pair of boys particularly caught my attention. They were lolling back in their chairs, chatting about snooker and doing their absolute adolescent damnedest to project a “too cool for school” attitude. Once in a while they would click on an answer on the screen so they could lay some vague claim to still being working.

Engaged with the task they were not.

Realisation slowly dawned that, as system designer, this was my fault. I had to take responsibility for engaging the students.

For inspiration, I turned to game designer Jesse Schell. His Book of Lenses introduced me to two ideas:

How, then, to achieve this state of flow in students like our two snooker players? The first step was to give them a reason to pay attention by putting a timer on the questions.

This worked quite well in tests, but it has the undesirable consequence that some students would panic and answer without thinking. Possibly they were doing that anyway, but the timer made it visible. We adjusted the timer to take account of both the natural working speed of the student (not correlated with ability, by the way) and the difficulty of the particular question.

This did not entirely solve the problem. It revealed a subset of students who click without thinking. I wanted to give them a motivation to take their time and think it through. Enter badge points.

Completely separately from the score the teacher sees, badge points are the internal currency of our ‘game’. They can be exchanged for real lapel badges and we have found that students value them highly. They are earned for getting the right answer at the right time. 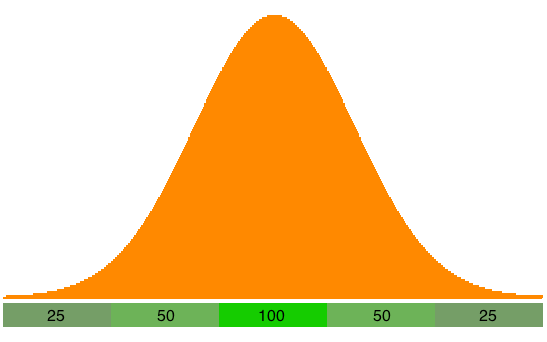 Ideally, we want student answers to follow a normal distribution across the allocated time. To encourage that, we allocate badge points according to the moment of the click. Hidden away is a ‘hunting’ algorithm that progressively speeds up or slows down the questions according to just when the student clicks. Students who need more time will get it. Those who find it too slow will speed up. Eventually, each student should hit that elusive flow state.

Question timing remains a work in progress. To the best of my knowledge we already have by far the most advanced system of any educational quiz site. If you have observations or ideas for improvement, by all means add them in the comments below.

2 thoughts on “Timed questions help students get in ‘flow’”